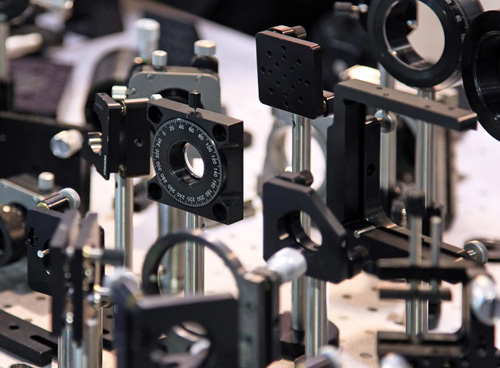 An element whose existence was postulated by Dmitri Mendeleev, germanium was discovered by the German chemist Clemens Winkler in the mineral argyrodite in 1886. The metal took its name for the country of Germany. Today, germanium is primarily obtained from the smelting of zinc ores and is recovered from certain types of coal ash in Russia and China.

Germanium is a lustrous, grayish-white, hard and brittle semi-metallic element that oxidizes slowly in air. Along with silicon, gallium, bismuth, antimony and water, it is one of the few substances that expands as it solidifies from its molten state. Zone refining techniques have led to the production of crystalline germanium that has an impurity of only one part in 1010, making it amongst the purest materials ever obtained.

In 2005, Germanium (with uranium and rhodium) was the first metallic material discovered to become a superconductor in the presence of an extremely strong electromagnetic field.