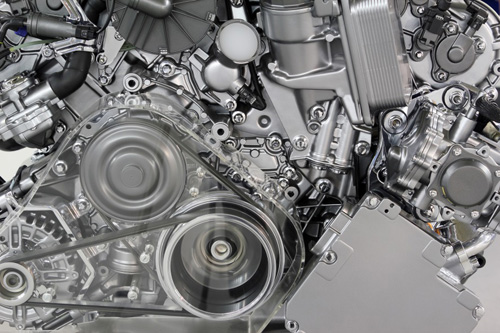 Praseodymium was once included with neodymium and samarium as a single element known as didymium. Samarium was separated from didymium in 1879 and a decade later, Carl Auer Freiherr von Welsbach, an Austrian chemist, further resolved didymium into praseodymium and neodymium.  Praseodymium received its name from the Greek words prasios for green and didymos for twin.

Praseodymium is a soft, silvery, lustrous element, which may be cut with a knife. It is reactive and develops a green oxide coating, which spalls off in air. It is somewhat more resistant to corrosion in air than europium, lanthanum, cerium, or neodymium. Dilute acids also attack it, and as such the metal is generally stored in an inert atmosphere or in mineral oil.